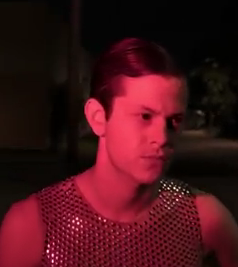 Perfume Genius is a performer born September 25, 1981. This makes him a Libra Rooster, Queen of hearts, Eight of Diamonds.

Perfume Genius has struggles, like all Roosters too. He has struggled with growing up gay, and having Crohn’s Disease.

He’s also struggled with censorship for being gay on Youtube with his video, HOOD.

But he has a boyfriend and a lovely relationship that has lasted a long time, as well as critical acclaim from lots of people. Like most Roosters, he falls only to rise again. 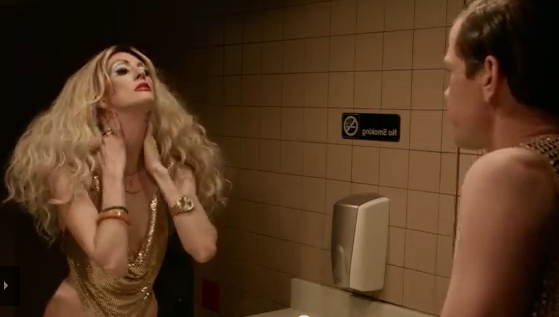 As a Queen of Hearts, he’s the most neptune card in the deck. He’s all about fantasies and dreams. He is unabashedly feminine, and works out his issues on stage. His lipstick and nailpolish are nods to his femininity. Because he’s also a rooster, he’s also ALL ABOUT FEATHERS. As you can see from these two videos.

You can see how he puts feathers in many of his videos.

His video Queen deals with his issues of being a Queen, yet having different gender presentations. A lot of his work is about gender, acceptance, and what his place in the world is as a person who isn’t stereotypically masculine.

He has a fantasy about meeting Eminem, who has hateful lyrics about women and gay people, and having Eminem just start crying.

He made a t-shirt with a femme Eminem which has garnered him both criticism and interest. 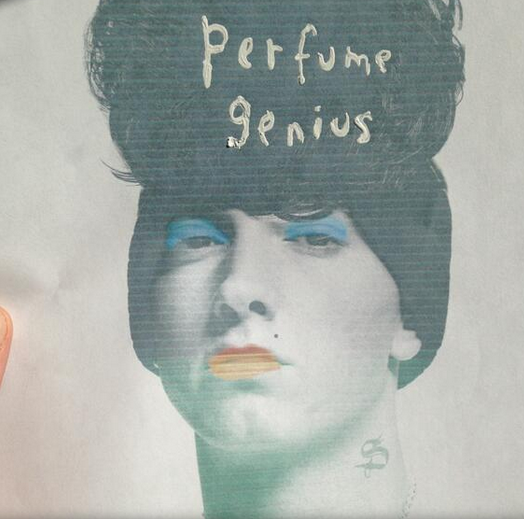 As an Eight of Diamonds, he’s also about being in the spotlight, and his smile and face win people over.