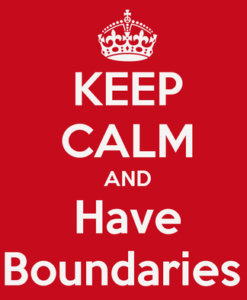 Destiny cards can help us understand many of our issues.

One of the main issues for many cards is the inability to speak their boundaries clearly to their partner. Cards with this issue include the 6 of diamonds, 6 of clubs, 6 of spades. Why all these sixes? Because sixes are competitive and don’t like to let anyone see that they are upset about anything. The 2 of clubs has this issue due to their overwhelming fear. Their first karma card is the Ace of spades which creates this fear in them.  The 10 of diamonds also has the issue of being unable to receive. Which means they get crappy seconds in life when they should be getting the best of everything.

No matter what your card is, a lot of times, growing up female means your boundaries are harder to create, because people walk over them more, or because they don’t like to hear when you set boundaries, or because you are encouraged to be a nurturer and a giver because of your gender.

If we didn’t grow up in a household with good boundaries, they can be hard to set as an adult. But good boundaries are exactly what defines an adult. So if you want to grow up and be an adult at your job, then check out these simple phrases that can help you start to have good boundaries.

What words can you use to enforce your boundaries at work and at home?

Use these words from Dr. Henry Cloud’s book, The One Life Solution.

Let’s break down what each of these words can mean for you in setting good boundaries in your career.

I hope these boundary words help you in your destiny card journey.