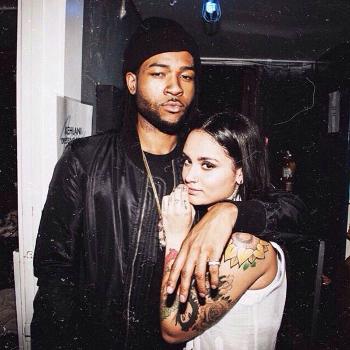 Kehlani is an incredibly talented rapper, singer and dancer, born April 24th, 1995, making her a 10 of clubs, King of Spades, Taurus Pig. As a Taurus Pig she’s interested in all aspects of sensuality, food, sex, and work. That’s right. No contradiction between sensual indulgence and work for the Taurus Pig. They want to “keep it all running” and get a solid base for their luxe lifestyles.

She is incredibly strong-willed thanks to her King of Spades PRC, the most powerful card in the deck. She’s focused on her rap career thanks to the 10 of clubs.

Why did Kehlani want to commit suicide?

She attempted suicide when she was bullied on social media by people saying she was cheating on her boyfriend Kyrie Irving. In fact, as reported by both Kyrie Irving and Kehlani, they broke up with each other before she got back together with her old boyfriend, PartyNextDoor, Jahron Anthony Brathwaite (born July 3, 1993), making him a Cancer Rooster, Queen of Diamonds, Ace of diamonds. PartyNextDoor is known for writing some very popular songs for Drake and Rihanna, including Rihanna’s “Work” and others. As a Queen of Diamonds he has a strong personality and as a Rooster he knows that whenever he fails he will rise to great heights again. A Cancer Rooster might be a little more sensitive than your average brash abrasive Rooster, which can help him understand Kehlani’s need for tenderness.

Why are Kehlani and PartyNextDoor’s together?

At first glance it doesn’t look like they have much in the way of connections. Taurus doesn’t have much in common with Cancer. Roosters and Pigs aren’t necessarily compatible either.

The 10 of clubs is way far away from the Queen of diamonds. The King of Spades never moves at all. The Ace of diamonds, again, is not anywhere near PartyNextDoor’s cards.

What are their connections? Why is PartyNextDoor Kehlani’s first love?

They have a diagonal mutual Jupiter connection between Kehlani’s 10 of clubs, and PartyNextDoor’s Ace of diamonds. What does this mean?

It means they will love to give to each other.

They will both be good for each other’s careers and ability to make money. Since they’re both in the same career, they have a lot in common, touring, expressing their creativity in singing, rhyming, dancing, and can connect around their mutual love of working.

Her song, “Stay Up” talks about getting to bed late because she was up all night working and has her boyfriend praising her for working all night while he was gone.

Donalie Fitzgerald writes that between the 10 of clubs and the Ace of diamonds, it will be a good relationship where you will never really know everything about them. That could be enough to keep PartyNextDoor interested. As a Queen of diamonds/Ace of Diamonds combination, it will be harder for him to stay true to Kehlani. He’s got the 5 of hearts, 3 of clubs and 3 of spades in his life line which can make him more in love with variety than staying with one person.