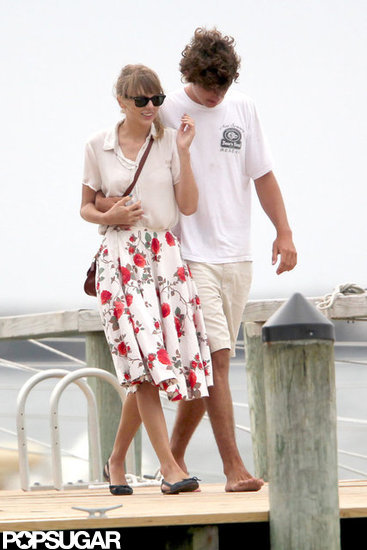 Why were Conor Kennedy and Taylor Swift together? What was the attraction?

Let’s look at the western and Chinese astrological connections.

Leo Dog and Sagittarius Snake? Well… not quite! Leos and Sagittarians get together and do well, as they’re both fire signs. But Snakes are generally too slippery for loyal dogs.

But let’s look at the Destiny Card connections. Taylor Swift, born December 13th, 1989, is a five of clubs birth card, seven of diamonds planetary ruling card. As we know her to be one of the richest people in the world, she’s definitely playing out the millionaire aspect of the seven of diamonds. But her first karma card of the five of hearts makes her unmarriageable, as she loves romantic variety too much. Her second karma card is the four of clubs.

Being a Sagittarius snake, she’s not going to be particularly faithful. And indeed, she had barely started going out with Conor Kennedy before jumping off and running after Harry Styles (Born February 1, 1994, Queen of Spades, Jack of Diamonds).

Conor Kennedy, born July 24, 1994, is a four of clubs. this makes him her moon card in the past life spread, and her second karma card. She will challenge him as his first karma card. He will love to be with her, and support her, as her moon card. Even though he is 18, and part of one of the most powerful families in America, she has the control in this relationship. He’s also her cosmic reward card in the life spread. This means that he points the way to her future in some way.

Since he is a Leo, he has no planetary ruling card. His second karma card is the six of hearts, which means that he can be steadfast in love. As an even-numbered card, he can be more stable than she is, as two odd-numbered cards. She seems to be always creating things in her life. Because he is the four of clubs, he’s got the jack of spades as his Venus card. The Jack of Spades is the ultimate trickster, the jack that can get whatever they want. This means he is attracted to, and can fall in love with shady people. Hopefully this does not mean Taylor Swift.

What do you think of Taylor Swift’s relationship with Conor Kennedy?