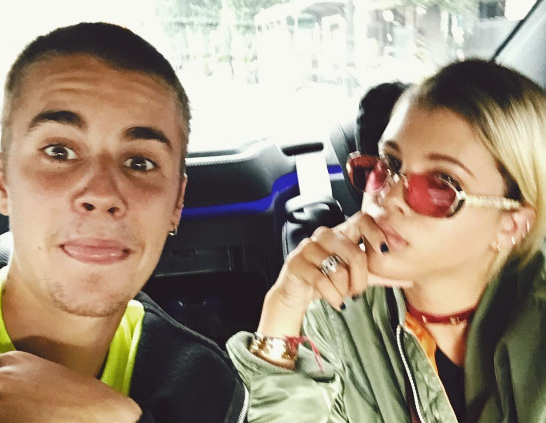 As Justin looks for people to be with, he might see his mother as a model of the kind of woman he wants to be with.

Justin has a very special connection to his mother. She is his second karma card, meaning he will see only the good things in her. Her birth card, the 6 of spades, has his birth card, the 9 of spades, has her first karma card. This means she was probably critical of Justin growing up, and saw in him all of the bad traits she had in herself, such as tendency to be addicted to drugs, disrespect for authority, and wild partying. But even though he seems like a burden to her sometimes, she loves him and is drawn to him.

Justin Bieber went a couple years not talking to his mother, but as of May 2016, they made up. “I was distant because I was ashamed,” Bieber reflected. “I never wanted my mom to be disappointed in me and I knew she was. We spent some time not talking, so it takes time to rebuild that trust.”

As Justin Bieber is Pattie Mallette’s first karma card, she will keep being critical of him, but ultimately will be drawn to him and return his love.

Justin’s father, Jeremy Bieber, former MMA fighter, is not a loving father, and was not around for Justin growing up. As a King of Diamonds, he doesn’t care what people want, and would prefer to use Justin Bieber instead of being a good dad. So Justin Bieber lavishes his love on his mother.

Because of Justin’s mother being so young when she had him, she might have been too permissive with him growing up. That might make Justin seek a permissive girlfriend, or be glad for a girlfriend who gives him limits, as his mother does.

As a double Spade, he is obsessed with work. It’s interesting that he chooses to be with a double club. What are the connections?

Sofia Richie was born on August 24, 1998, this makes her a Virgo Rat, 2 of clubs, King of clubs. Justin Bieber was born on March 1, 1994 This makes him a Pisces Monkey, 9 of Spades, Jack of Spades. Rats and Monkeys get along very well! Rats love to talk through their problems, and Monkeys love to chatter as well. Monkeys love to cling, and Rats long for a stable relationship.They are definitely compatible in the Chinese astrology system.

Virgos and Pisces are supposed to be exact opposites, but I submit that they are merely two sides of the same coin. I’ve known lots of creative virgos and lots of organized pisces. But what’s going on in the destiny cards?

What is their destiny card compatibility reading?

As the Jack of Spades though, we always have to watch out for the tendency to dissimulate. He might be too dishonest for Sofia Richie, who, as the King of Clubs, values honesty.

As they are both members of the royal family, they will be impatient with any kind of pettiness, and will tend to rise above it.

Is this love? That will depend on Justin Bieber. He has already said he doesn’t want to call Sofia Richie his girlfriend. As a Jack, and especially as the Jack of Jacks, he values his freedom. But as a 9 of spades with a King of Hearts, his lesson in this lifetime is that he must learn that he cannot treat women as his harem, he must respect women if he truly wants to find “the one.”