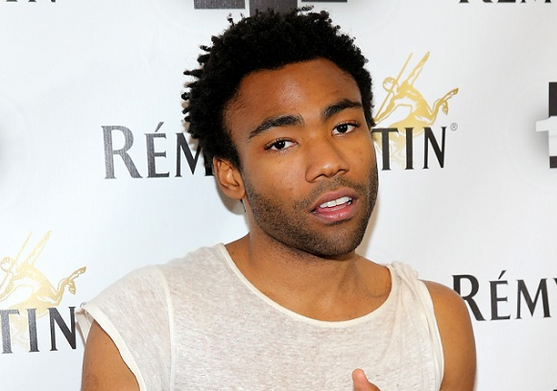 Donald Glover, AKA Childish Gambino, was born on September 25th, 1983.

He’s a fascinating Renaissance man! He writes for comedy shows, he acts in TV shows, he sings, he raps, and he does voice acting for cartoons.

From his birthday we know that he’s a Libra Pig. He raps a lot about having sex with tons of girls, smoking pot, and a lot of pop references. Guess what? This is not who he really is. In the rap world it’s normal to talk yourself up. Libra pigs are actually very sweet people, very pure people. And very ambitious people.

When Donald Glover raps, “Runnin’ the game, what am I sayin’/ Runnin’ the earth, just give me a month!”

He continues, “Told all you n-as I’m in it to win it cause having an emmy just wasn’t enough!”

Yeah, he means it.

What do the destiny cards say?

Donald Glover’s destiny cards are the Queen of Hearts and the 8 of diamonds.

What does this mean about his personality?

Queen of Hearts have the 10 of spades first karma card. That means that he can either be a workaholic or very lazy. It really depends on how he expresses this card. Based on his list of achievements in many fields, you might conclude that he takes it in the workaholic direction. He raps, “I have worked all winter, I will not fail summer,” which makes you think that despite his song being about all of the people he bones, he’s really in love with his work.

Queen of Hearts can be the most dreamy, neptune card in the deck. You definitely can imagine the Queen of Hearts getting lost in a love affair. Pigs love to wallow in lovemaking, sensuality, and the good life.

For all that he talks about doing drugs and having sex with lots of people, he really would like to settle down with someone special.

As an 8 of diamonds he is also the sun card. This means that he starts out life in the crown line. The crown line helps people gain fame and success. He will be successful with his creative endeavors from an early age. He’ll also have an open, sunny face and draw people to him with his smile. He will charge an expensive but decent price for his services, and he loves to charge what he’s worth.